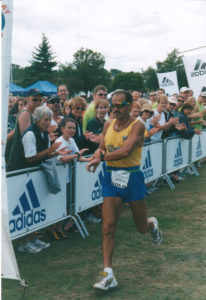 Believed by many in the ultra circle as the world’s greatest endurance athlete of his time, Yiannis Kouros this week was given recognition for his stellar racing career, which dates back to the 1980s, and inducted into the Australian Ultra Runners Association’s Hall of Fame. Read the full article here and from all of us at Reliv, congratulations Yiannis!

Reliv nutrition has been fuelling Yiannis since the early 2000s and Yiannis is grateful for the benefits it provided him during his outstanding career. In 2004 he was quoted in the Global Vision magazine saying “I feel Reliv nutrition has improved my endurance, with less muscle soreness and faster recovery, which has made it possible for me to run so many ultras.” He was front cover of the Lifestyle magazine in 2006 after smashing another world record, 200km ahead of his nearest rival. “This type of racing requires considerable mental concentration and puts the body under tremendous stress,” said Yiannis at the time. “For the past seven years I’ve been using Reliv Now and Reliv Innergize to help provide my body with the proper balance of protein, vitamins, and minerals to perform at its peak”.

In 2006 at 49, Yiannis was in such peak physical condition he was running similar times to those when he was 21! “My age has never been a barrier to winning,” stated Yiannis. “I have excellent fitness and I’m very focussed when I compete. Taking Reliv nutrition during and after these races has improved my endurance and recovery, especially over these long distances”.

Athletes have long known they need to support their bodies with nutritional supplements to help cope with the stresses of training and performing. Now with improved education more people understand how vital it is to their general health to supplement every day.

Reliv nutrition may fuel World Champions but when anybody gives their body the nutrients it needs, you’ll be amazed at what it can do! With regular use of Reliv nutrition you may experience: