We are pleased to provide you with a brief update on the Reliv Athlete Programme. The programme started several years ago in Auckland in association with some of Barry Magee’s athletes. Whilst Jono Jackson has been on board pretty much from the beginning, a number of the other athletes who have been involved did not persevere over the longer term although several of them appeared in the Reliv Lifestyle Magazines over the years. Jono features in the latest Product Catalogue on the Innergize! page. This year has been very successful with Jono Jackson and Josh Maisey reeaching official Reliv Endorser status with contracts in place.

Jono Jackson (23) is an Elite athlete who came 3rd in the Auckland Half Marathon November 2014. (16,200 people competed overall in the 4 events held on the day)

Josh Maisey (21) is an Elite athlete who has been on the programme since November last year. He came 3rd in the full Auckland Marathon last November 2014.

Asher Meltzer (19) has also been on the programme for the past 12 months since November 2013 and he came 21st in the Auckland Half Marathon November 2014.

His other results this year as follows:-
1st Wellington Half Marathon, Junior

Barry Magee (80) is one of New Zealand’s very top coaches and he won the Bronze Medal in the Marathon event at the 1960 Rome Olympics. He was awarded “Member of the New Zealand Order of Merit” for Services to Sport in 2002 and inducted into the New Zealand Sports Hall of Fame in 2010. He coaches athletes all over the world and around New Zealand. Jono, Josh and Asher work very closely with Barry and each other. Barry has a very good knowledge of the need for athletes to supplement and he has been on Reliv Now® with Lunarich® and Innergize!® himself since mid-year and latterly added A-affect™ at Bernie’s suggestion to assist with a cartilage problem he has had for over 20 years. He has cut out all other supplements and is committed to Reliv.

Barry, Jono, Josh and Asher all attended the 2014 Reliv New Zealand National Conference held in Auckland last month with Barry, Jono and Josh taking part in a half hour panel style session with Bernie which was very well received by all Distributors. 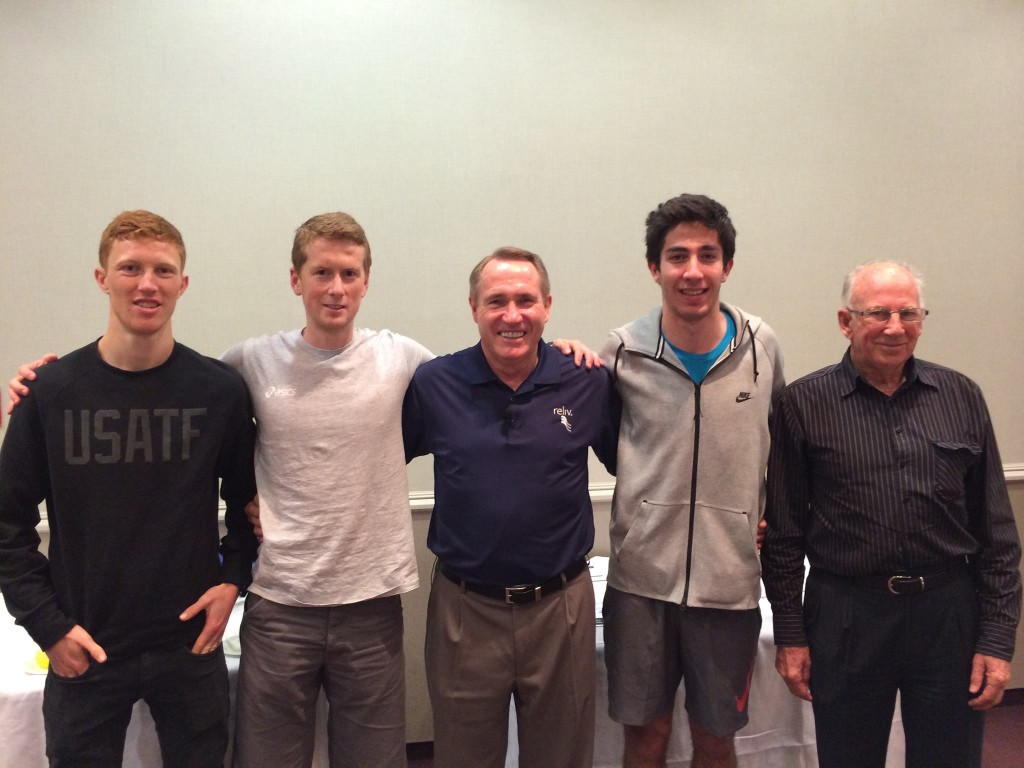